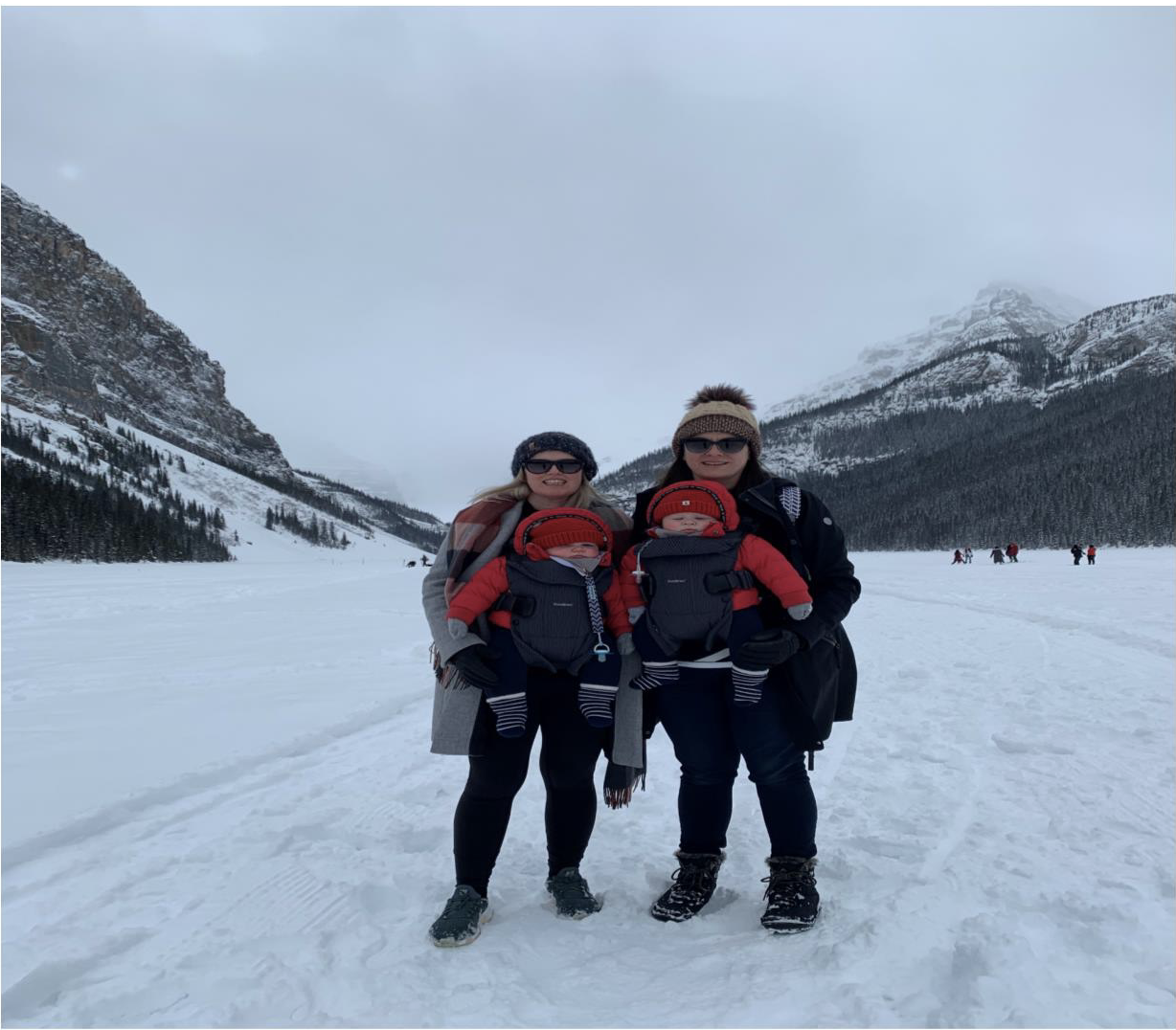 Next up in the series of ‘Valleys abroad’, we have former Valleys and Cork camogie star Elaine Burke. Elaine tells us about her memories of the club and how life is currently treating her in Canada.

I grew up going to Valley Rovers matches supporting my older brothers. I think as soon as I could walk, I probably had a hurley in my hand. It was only natural then to join the camogie club. I was six when the camogie club was formed so there wasn’t the same underage structure there is now. My first taste of competition and winning was probably when I was in fourth class in Sciath na Scoil. My sister Maria was our trainer. She used to buy us all ice-pops after training, ensuring record turnouts for training sessions!

I originally moved to London about 8 years ago. While in London a teammate from my time in UCC was playing with Tara Camogie Club so I joined them. My niece Tessa lives in London now and plays with Tara as well.

Last June my wife and I moved to Edmonton in Canada as she was taking up a surgical fellowship there. I was almost 30 weeks pregnant with twins so it was quite the experience getting set up in a new country – transferring to a new obstetrician, finding a new house, buying a car etc. Thankfully we got it all sorted before the babies arrived. It was hectic but we got there. Our boys, Paul and Richard, arrived 8 weeks after we landed. The Grannies and Grandads arrived soon after to give us much needed help. 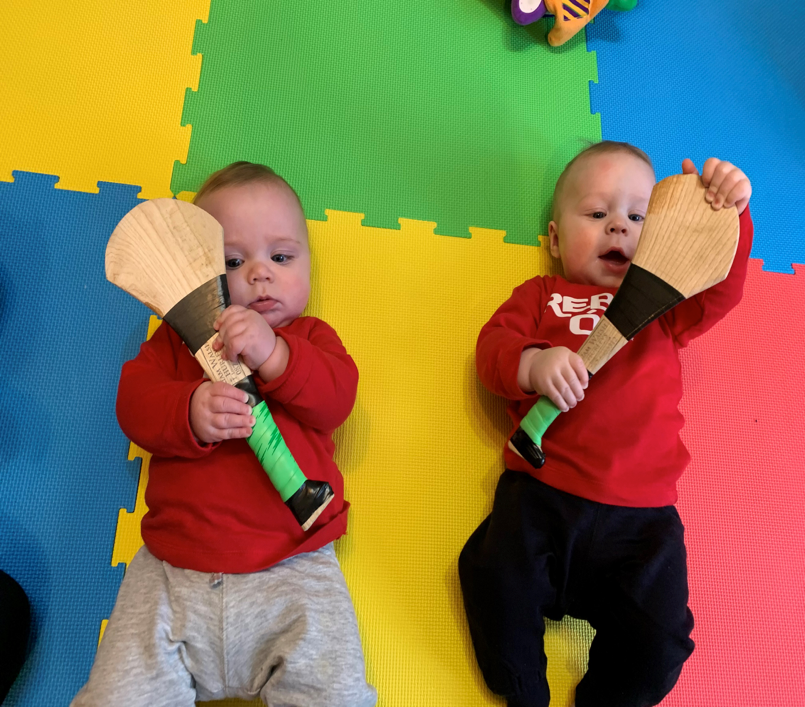 Paul and Richard seen here with their Liam Walsh hurley’s.

Anyone reading this with kids will know what a change they make to your life. Reading the Examiner online or watching some highlights online is about as close I get to GAA these days.

I’m General Counsel with a Cork company called PCH International. Luckily, I’m able to work from home regardless of what country I’m in so I’ve been back to work since last February. We are fortunate to have a great childminder that minds the boys in our house. It also means that I can go down and get some cuddles with them when I take a break.

The weather here is pretty extreme – some days were minus 40 degrees over the winter so it limits activities from October to April but when the snow starts to melt it’s a different place. It’s a really beautiful city with loads of hiking trails, parkland and wildlife right on our doorstep. Most weekends we’ll get out with the boys for a hike for a few hours – although they are getting pretty heavy to be carrying now!

I’ve so many memories involving GAA growing up that it is hard to distil them down to one prominent memory.

As we lived a good bit from the GAA pitch my most prominent memory of hurling is being out in our back yard every day hitting the ball off the gable end. Camogie and women’s sports weren’t televised as much so it was hard as a 7 or 8 year old girl to have female sports heroes. I would imagine that I was Teddy McCarthy playing midfield for Cork. All was grand until I broke the glass on the back door the night before the Station!

When I was young I would live for the Carrigdhoun summer camps every year. Brian Corcoran was one of the coaches one year. He had just come on the scene with the Cork seniors so it was probably 1991/1992. I think I followed him around all week – at the end of the week I made him autograph his stinking white coach t-shirt and give it to me. I found it years and years later – still not washed! It got chucked in the bin pretty quickly.

I have to credit Gerard Crowley with getting me to focus on striking on the run from my weaker side. He banned me from hitting off my left-hand side in training. I went from sometimes having fresh air swings on my right-hand side to it actually being stronger than my left-hand side. .

As I got older there was no better place to be than being down on the pitch on a Summer’s evening absolutely wrecked from a training session and staring up at the blue sky cooling down and stretching.

The boys make sure we are up for about 6.30am in the morning. After feeding them the child minder comes in at 8am. I work Monday to Friday but work across three times zones so the hours can be a bit erratic. I do usually try and keep my hours between about 8.30am – 4.30pm and then do an hour or two at 8pm.

Our weekend routine has changed a bit since Covid-19. We would have normally walked to the farmer’s market and then gone for breakfast nearby or gone away to Banff or Jasper. All that is closed now but thankfully as the weather has improved, we can put the boys in the baby carriers and head off for a few hours walk.

As the winter is so long here most people head to Mexico for a winter holiday. It’s a bit like Irish people going to Lanzarote. We went there in October and it was great. We had it booked again for April but obviously cancelled it.

Being honest I don’t tend to dwell on the “what might have been” so there’s no game in particular that stands out. Of course there are games we could have and should have won but everyone had those.

I used to love the local clashes against Courcey Rovers. When I first started playing with the adult team, they were fierce battles. On the Valleys side my sister Sinead, Michelle Shiels and Fionnula Callanan would be leading the charge and they would be getting it right back from Cora Murphy and Shirley Moloney from Courceys. Shin pads were never more valuable. I pity whoever had to try to ref those matches.

In my latter years, any of the matches I got to play on the same team with my niece Tessa were special.

A hard question! I coached a Valley’s u12 camogie team about 14 years ago and even back then Susan O Leary was a classy hurler. I’ve seen her playing as an adult now and she has a lovely pure hurling style. Marian Cottrell was a great player to have on your side – she never knew when to quit and would give all for the cause. Growing up my brother Tadgh was on a good underage Valleys team so I have strong memories of all those guys playing like John Lynch, Noel McCarthy, Alan Quirke and John O Donovan. I also loved watching Aidan Crowley play hurling for Valleys.

Chris O Leary in hurling and Kevin Canty in football are phenomenal players as well.

Have you any funny memories/stories from your time involved with Valleys, be it whilst playing, supporting etc?

I suppose like most people my strong memories are from my childhood. When I was in primary school the men’s hurling team won the junior county final in 1988 and the intermediate county final in 1989. My brother Eoin was on the team. I remember bringing empty green and white fertiliser bags into school and pieces of old chair legs and we made our own flags. Can you imagine that carry on now!

We played Newcestown in Bandon in an intermediate championship game. I’m open to being corrected on the version of events but a certain long playing Newcestown centre back decided to test out the toughness of our centre forward (Marian Cottrell) by giving her a little dig only to receive it back twice as hard. They both got sent off. When the Newcestown player was asked “did you hit her?”, the response was “I did, but I didn’t think she would hit me back”.

I’m a total sports fanatic so I can’t just pick one. On a personal level 2005 was a very special year when I got to captain the Cork Camogie team and with the hurlers and ladies footballers we made it the “Rebel Treble”.

Seeing my nephew and godson, Jack Crowley playing for the Irish U20 rugby team this year was special – I was gutted not to be there for it.

The Cork ladies footballers coming back to beat Dublin in 2014 having been 10 points down with 15 minutes to go was an incredible feat.

Being on Hill 16 in the lashing rain for the Cork Hurlers winning in 1999 was a great day.

Packie Bonner’s save against Romania at Italia 90 – the whole country was on a high only for Toto Schillaci to break our hearts a week later.

Sergio Garcia winning the Masters left me a bit emotional. He was so often the nearly-man and to see him finally break through was fantastic. 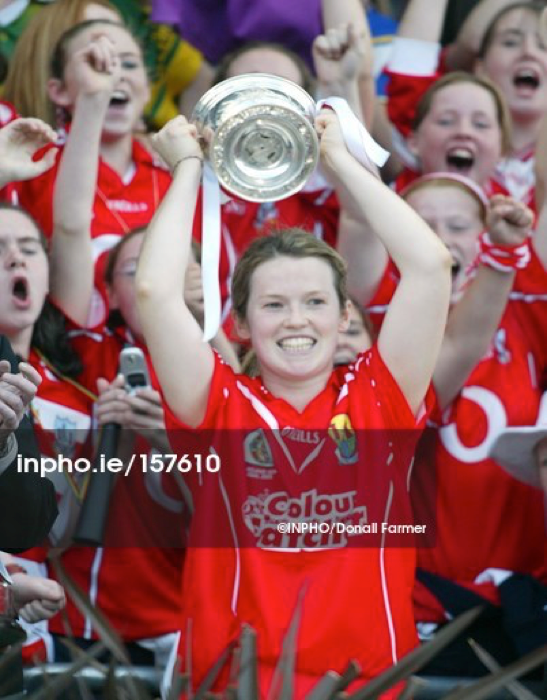 In these unprecedented times I hope everyone in Innishannon and Knockavilla parish is staying healthy and well. Now more than ever we see the importance of community and being there for your neighbours. When all this passes I’m looking forward to coming home to Innishannon and being able to hug all the family without thoughts of social distancing. Paul and Richard already have two Liam Walsh hurleys and will be ready for a puck around with their cousins.

If you would like to take part in our ‘Valleys abroad’ series or know of anyone who would like to do so, please contact Colm on 0851674104.