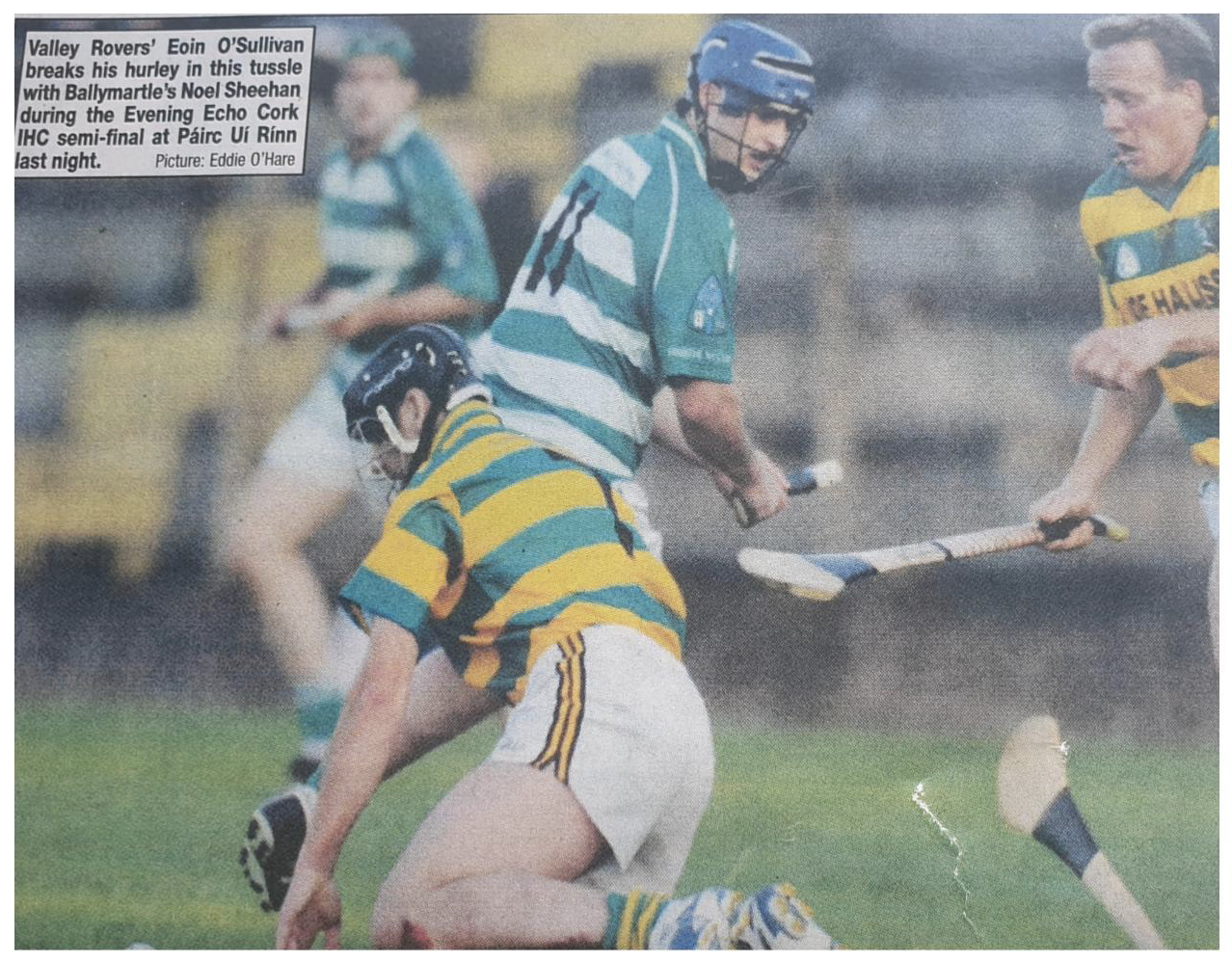 Next up in the series of “Valleys Abroad”, we have former Valley's player Eoin O’Sullivan. Eoin tells us about his playing days and life nowadays.

Played with Valleys underage up until early 20’s.

Left for Germany in 2007. Been incredible adventure since, living in Germany, Luxembourg, Australia, Korea and Singapore. Moved around a lot so kind of used to this lifestyle even though never really planned for it.

Work as an elementary school teacher in Singapore. Coach football. Didn’t get involved in GAA club there but played with GAA club in Seoul, Luxembourg, San Francisco and Reading.

Training very hard in the Winter with no idea when the games would be in the Summer.

Beating Na Piarsaigh in a premier minor league game in Innishannon on a Sunday morning. Went to school with a few of the players from the opposing team so was an enjoyable victory at the time and one of our first games in that grade in Innishannon.

Prob u21 game in hurling against the Glen. Great win against a team who beat us well underage.

Has to be Willie Burke. Very reliable goalkeeper who always does the job with minimum fuss. Still playing to the best of my knowledge!

Have you any funny memories/stories from your time involved with Valleys, be it whilst playing, supporting etc.

Tough training on the dunes in Inchydoney followed by a big fry in Clonakilty. I wouldn’t change it though…good times.

Always the same response after a slap of a hurley, ’There’s nothing wrong with you’. Included a concussion, a broken nose and 2 black eyes day before 5thyear exams.

Niall getting hit by a flying broken hurley in a junior game against Courceys. He broke his 2 front teeth and got stitched up. Freak accident.

Was also at the infamous Henry handball game ….. was a special moment when Robbie Keane put Ireland 1-0 up.

Cork’s All Ireland hurling win in 2004 when Niall McCarthy got MOM.

Stay safe and keep your distance!

If you would like to take part in our ‘Valleys abroad’ series or know of anyone who would like to do so please contact Colm on 0851674104.