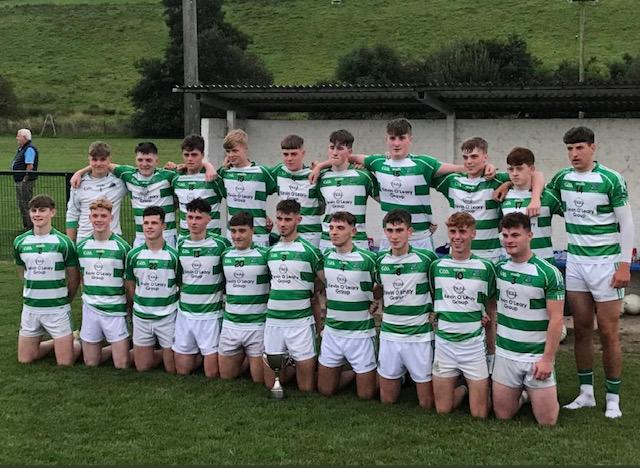 Valley Rovers had a thrilling 1-9 to 1-8 win over the Barrs in the Under 18 Premier 2 football league final at Ballinhassig on Monday evening. A strong start with two points each from Adam Murphy and Philip Bernard gave our lads a four points to one lead, but a quick goal and a point from the Barrs put them one ahead. Another point from Adam Murphy and one from Ciaran McCarthy restored our lead approaching half-time, and then a 25-metre free from Ciaran dipped under the crossbar to put us four ahead at the break.

The Barrs started very strongly in the second half with three quick points to reduce the lead to the minimum. The rest of the half was a close and tense battle, with points from Adam Casey and Ciaran McCarthy keeping us ahead until the Barrs equalised with just a few minutes to go. It looked ominous at that stage, but a superb point from a narrow angle by Adam Murphy put us in front again, and our lads defended that lead like their lives depended on it.