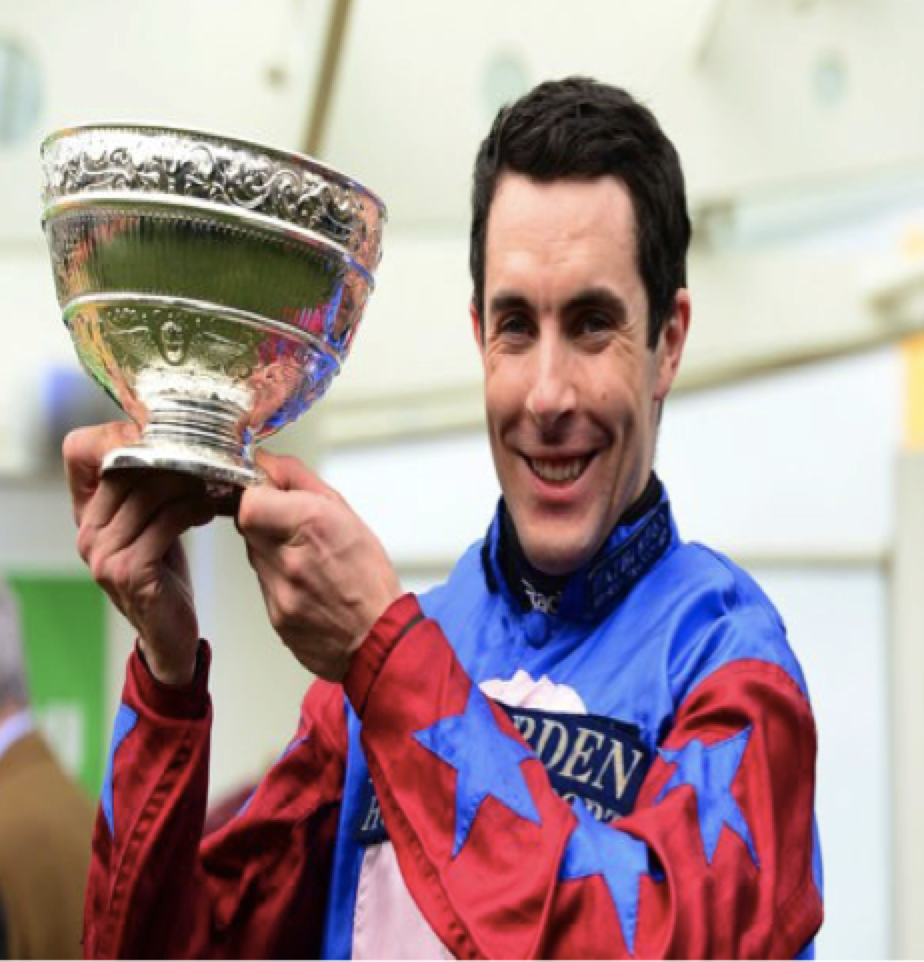 Next up in our series of Valleys abroad we have Cheltenham festival winning jockey Aidan Coleman. Aidan talks about his current life in England and his memories of Innishannon.

Dad joined Valleys in '84, and played with them for 15 / 16 years. He played his last championship match when he was 45. Then he coached underage for many years. Mom also played ladies football. All of us played underage and Alan played for longer than Laura, Kevin and myself.

I moved to England roughly 14 years to see if I could make it as a professional jockey, I’m loving every minute of it. Even though I’ve been here so long I always planned to come back to Ireland when I’m done but it’s hard to make too many long term plans in my line of work.

Can you briefly describe to us your life now, work, family (if any)?

I’ve always wanted to be a jockey when other kids wanted to be footballers G.A.A stars etc etc so as my career is going well so far I’m really living my dream, it’s a hard life but I love it, I’m single at the moment so family is on hold for now.

To be honest I realised early I wasn’t very good so after under 14, I made the move to horses.

I live just outside Cheltenham which is central enough for racing, I have around 600 rides a year so my whereabouts can vary massively around the country throughout the week so I spend a lot of time in the car we do roughly 60000 miles a year which is tough, I’d probably get up no later than 6:30 most days get in the car and go to ride out for a trainer to school some horses on my way to the races I would be racing more or less everyday from October through to June with only a few days off at Christmas and if the weather claims a few fixtures. So it’s pretty hectic and hard on the body Id need to get physio 5-6 times a week too just to keep on top of old injuries and wear and tear etc, we get a week off in August so I try make the most of that a few of us go to Las Vegas every couple of years otherwise I try to get a few days skiing mid season if the weather gets a few race meetings cancelled, although we do get few opportunities to let off some steam basically my social life is on hold until I retire!! 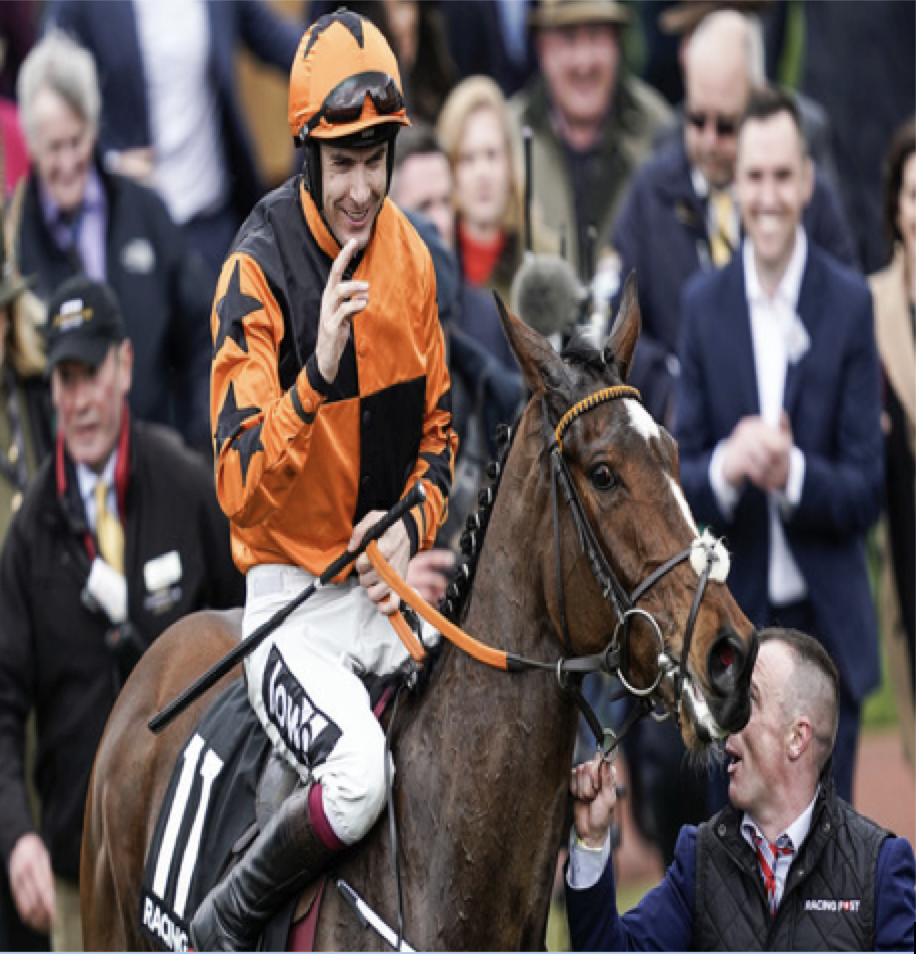 Who is your favourite sports person of all time and what is it about him/her that appeals to you?

It’s hard to single out a favourite sportsperson but from reading autobiography’s and getting to meet plenty of people from other sports I have huge respect for anyone who does sport to a high level as no matter what they do it all requires extreme discipline sacrifice and both mental and physical toughness. There’s plenty people that are are very talented and more than capable but don’t have the mentality to get to a top level.

Have you any funny memories/stories from your time involved in racing?

Can’t think of any off hand that would be suitable to print!! There’s plenty characters in the weighroom so we usually have a good laugh most days it also helps take your mind off the 2 ambulances that follow us around every race!!

I’ve been lucky to ride a lot of good horses but it has to be Paisley Park, it was a shame he didn’t perform at Cheltenham this year but he was found to have an irregular heartbeat after, it’s sorted now so hopefully it won’t affect him in the future. I’d love to win the Grand National so any horse that has won that recently would be a horse I’d like to ride, my record in the race is terrible i think I’ve had about 12 rides in the race and 10th is the best result. 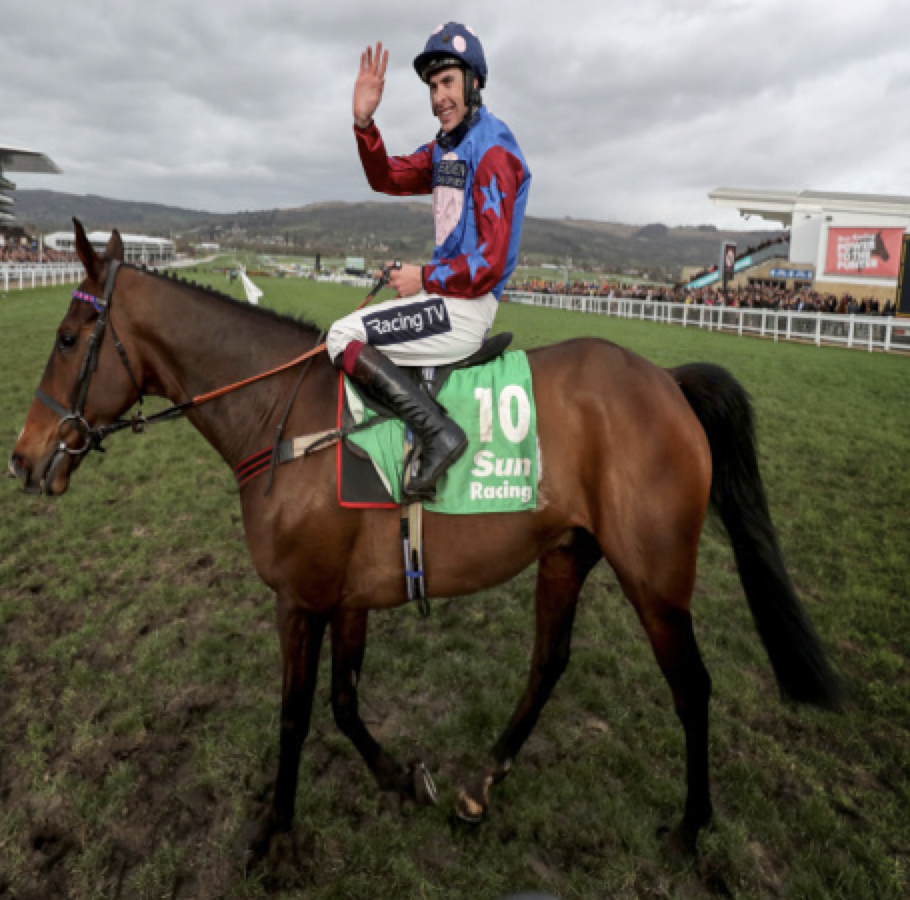 As a huge sports fan it would be Europe winning the 2012 Ryder Cup the Sunday of that competition was all you could ever want in a sporting event!!

Where do you see yourself in 10 years time?

I’ll be retired!! I’m bound to have plenty of injuries in that period so fingers crossed none are too serious and I can get out in one piece and look back at a career I’m very proud of so wish me luck!!

I only really keep in contact with Darragh Lordan but I follow Valleys progress through social media so I have a fair idea how the club is doing, I don’t get home very often but the next time I hope it falls the same time there’s a good game on I could come to watch, would be nice to see some old familiar faces.

If you would like to take part in our ‘Valleys abroad” series or know of anyone who would like to do so please contact Colm on 0851674104.